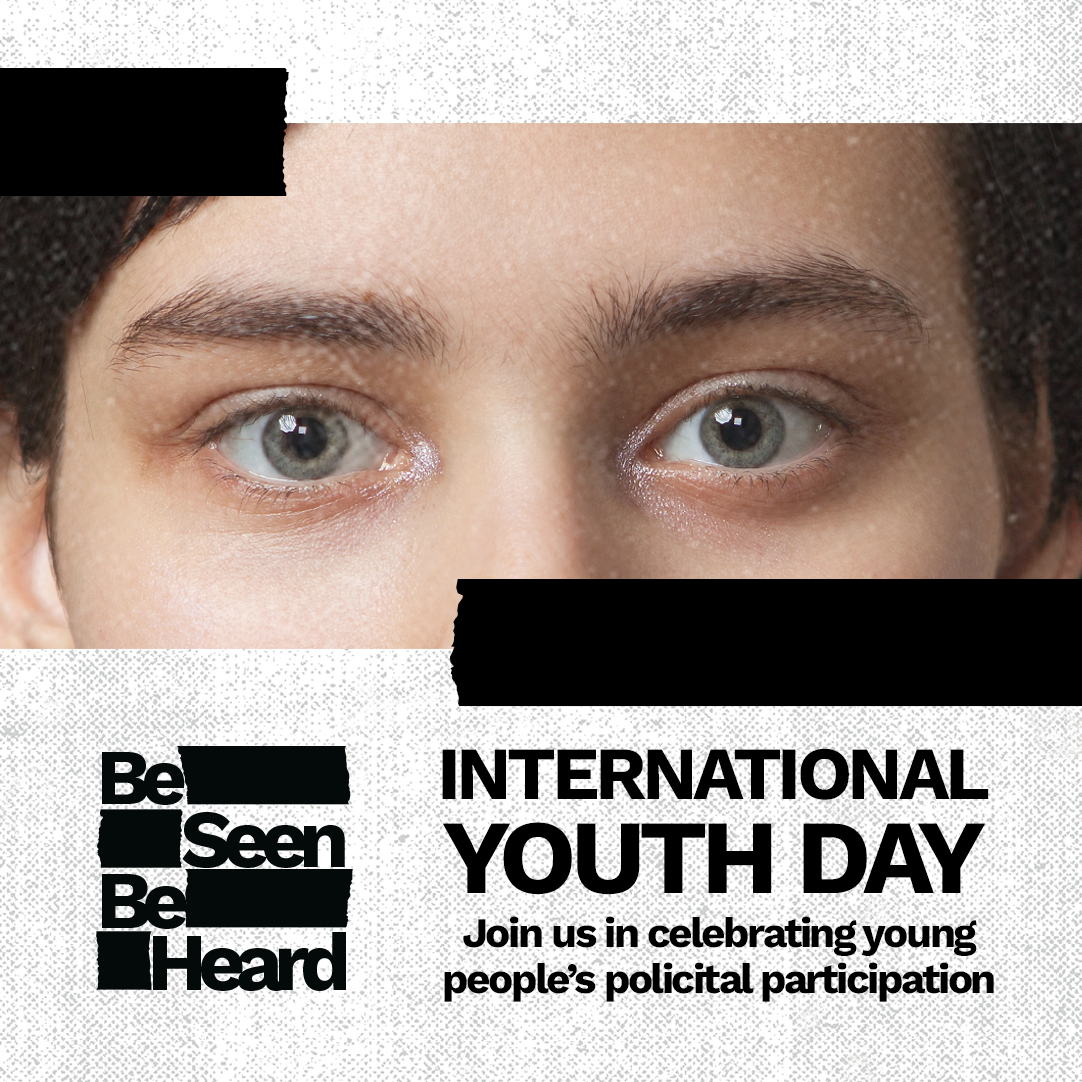 📢📰 [Blog Post] Today is the International Day of Youth 📰📢

August 12 is the annual day to celebrate Youth : « On this important day, let’s join hands across generations to break down barriers, and work as one to achieve a more equitable, just and inclusive world for all people”, states United Nations (UN) Secretary-General António Guterres.

Yesterday, we told you about vulnerability in disaster resilience building, mentioning elderly, children or LGBTQIA+ groups, through some articles and reports that nourished our news digest. What a good transition to introduce more generally the International Youth Day 2022, whose objective, recalls the UN, is “to amplify the message that action is needed across all generations to achieve the Sustainable Development Goals (SDGs) and leave no one behind [and] raise awareness on certain barriers to intergenerational solidarity, notably ageism, which impacts young and old persons, while having detrimental effects on society as a whole”.

“Ageism is an insidious and often an unaddressed issue in health, human rights and development, and has bearings on both older and younger populations around the world. In addition, ageism regularly intersects with other forms of bias (such as racism and sexism) and impacts people in ways that prevent them to reach their full potential and comprehensively contribute to their community”, reminds the UN.

On June 18, 2021, was released the first-ever Global Report on Protecting Young People in Civic Space — If I disappear that highlights the need for  stronger global protection mechanisms. This is a research report, commissioned by the United Nations Office of the Secretary General’s Envoy on Youth, with the financial support of the Government of Norway.
The paper is a joint civil society, youth-led and United Nations initiative, with the support of the Protection Working Group of the Global Coalition on Youth, Peace and Security.

“Although the report presents a harsh reality of what it means to be young and challenge the status quo today, it also showcases the resilience, creativity and hope displayed by young people around the world,” said Jayathma Wickramanayake, the UN Secretary-General’s Envoy on Youth. Adding that “it is our collective responsibility to take these testimonies and recommendations from young people not as a burden to bear, but as a torch to guide our steps towards protecting the dignity, worth and freedom for young people in all their diversity.”

The Body Shop and the Office of the United Nations Secretary-General's Envoy on Youth are collaborating on a global campaign to support young people's political participation and amplify young voices in public life: “Young people have the right to be included in political decision-making.

The Be Seen Be Heard campaign recognizes at its core that young people have a vital role to play in the decisions that affect us all. As escalating global conflict, the ongoing climate crisis and worsening socio-economic issues continue to plague our world, we increasingly need fresh perspectives to guide transformative political decision-making that breaks beyond the status quo”.

Here is a good example to illustrate both yesterday’s community disaster resilience news and today’s youth participation in public life: Young volunteers in Kenya are spreading the word about extreme weather such as drought as climate change worsens.

Kenya is suffering one of its worst droughts in decades, and the National Drought Management Authority (NDMA) in June said the number of people facing hunger and starvation as a result had risen to 4.1 million - a 17% increase on the previous month.

Thomson Reuters Foundation tells us how young people gather their efforts to help the community face disasters: translating  from English into the local Turkana language the governmental drought warning bulletins. Ewaar, one of them, explains: "Translating is a difficult task. But serving my community this way means a lot to me because they are able to understand and take action against disasters".

There is little clear data on how many young people are involved with translating such disaster alerts across Kenya tells Thomson Reuters Foundation, but one thing is sure, as they do it for free, very few young people are willing to join the initiative: “We would do more if the government recognised this is a valuable service and compensated us”. Actually, a huge proportion of the local youth must help their family during the drought.

“Disaster alert mechanisms - such as the long-established Famine Early Warning System Network (FEWS Net) - are increasingly crucial, experts say, as intensifying climate change leaves more people vulnerable. The United Nations vowed in March that early-warning weather monitoring would cover everyone on the planet by 2027. Currently 60% of Africans live in areas out of reach of such systems”.

Youth as a UN Global priority

There is no universally agreed international definition of the youth age group. For statistical purposes, however, the UN — without prejudice to any other definitions made by Member States —defines ‘youth’ as those persons between the ages of 15 and 24 years.

Today, there are 1.2 billion young people aged 15 to 24 years, accounting for 16 per cent of the global population. By 2030 — the target date for the Sustainable Development Goals (SDGs) that make up the 2030 Agenda — the number of youth is projected to have grown by 7 per cent, to nearly 1.3 billion.

📅 You want to know what days are International Days ? Stay tuned here.